The abbreviation for the state Rhode Island is RI. 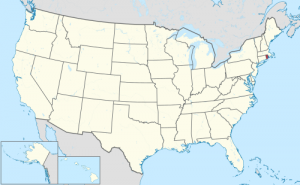 Rhode Island is a state in New England, bordered by both Connecticut and Massachusetts, as well as the Atlantic Ocean. The capital of Rhode Island is Providence, one of the oldest cities in the country, the first to secede from the British Crown and one of the first to abolish slavery. Known as the “Ocean State” owing to its bay towns and inlets, the region has a rich fishing and whaling history. The state is the smallest in the country with a total population of roughly 1 million. Rhode Island’s geography is flat, forested and coastal, with the rare Cumberlandite rock found only in this state.