The abbreviation for the state Missouri is MO. 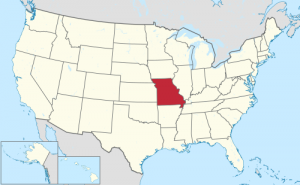 Missouri (MO) ranks as the 21st largest state in the United States and holds the 18th position in terms of population. It was nominated as a state in 1821. It borders with 8 other states including Oklahoma, Nebraska, Tennessee, Illinois, Arkansas, Kansas, Iowa, and Kentucky. The state comprises 114 counties and its capital is Jefferson City.

Missouri was the most significant trade and transportation hub in America. It’s home to Anheuser-Busch, the largest beer producing centre for Budweiser beer.

A fun fact about Missouri is that it was where ice cream waffle cones were invented.