The abbreviation for the state Illinois is IL. 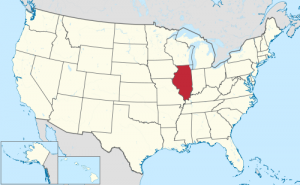 In the United States, Illinois is in the Midwestern region and is the 6th most populous state. In terms of land area, it is the 25th largest. It was the first state to abolish slavery by ratifying the 13th amendment. Springfield is the capital of Illinois and became so in 1839. Lake Springfield is an impressive artificial lake which supplies the city with drinking water. Illinois has hot, humid summers and cold winters. Agriculture, mining and oil are the largest industries, with corn being their main export. There are a number of museums in Illinois, several of which are based in Chicago and what are considered as some of the best in the world.